-Although this article is dedicated primarily to the Roman Catholic apologists who maintain that there are 33,000 (or more) Protestant denominations (in order to disqualify the principle of Sola Scriptura), the contents that are about to be presented hold true for all who tout the same argument around.
-There is a great deal of controversy between  the Roman Catholic, Eastern Orthodox, and all of the Protestant churches due to the issue of "private interpretation." Private interpretation of Scripture is the concept of a person using his or her reasoning to make a judgment on a particular passage from the Bible. It is a more individualistic approach to determining what Scripture means.
-Roman Catholic apologists insist that we absolutely must have their leaders "infallibly interpret" the Scriptures in order to preserve absolute truth in doctrinal matters and thus aid in the prevention of division within the entire congregational body.
-The claim that we need an infallible interpreter of Scripture is essentially the same as saying that the Bible is too difficult for the common people to understand. In other words, both arguments use the same logic in there premises in order to reach their conclusions. If the basic message of Scripture is simple enough for us to understand, then why would we even need an infallible interpreter in the first place?
-Consequently, the Church of Rome claims that Christians who rely on the Bible alone for the development of doctrine (instead of its Magisterium) will inevitably end up in a state of hopeless doctrinal confusion. In summary, one of the most common arguments raised against Sola Scriptura is that it unavoidably results in irreconcilable doctrinal contradictions and thus points to the need of an infallible teaching authority.
-Scripture repeatedly implies and assures that its readers can understand its message (Deuteronomy 29:29; 2 Kings 22:8-13; Psalm 19:7-9; 119:97-105; 130; Matthew 22:29-32; Luke 1:1-4; 10:25-28; Acts 17:11-12; Ephesians 3:3-5; 2 Corinthians 1:13; 3:15-16; Colossians 4:16; 2 Peter 1:16-21; 2 Timothy 3:15).
-With the exception of 1 Timothy, 2 Timothy, and Titus, all of the New Testament epistles were written to Christians in general: Romans 1:7; 1 Corinthians 1:2; 2 Corinthians 1:1; Galatians 1:2; Ephesians 1:1; Philemon 1:1-2; Colossians 1:1; 1 Thessalonians 1:1; 2 Thessalonians 1:1; 1 Peter 1:1; 2 Peter 1:1; James 1:1-2; Revelation 1:3-4.
-Calls to read and obey Scripture demonstrates that we can understand it (Joshua 1:7-8; 23:6; 1 Kings 2:3-4; Matthew 12:3; 5; 19:4; 21:16; 42; 22:31; Luke 10:26; John 10:34; 1 Corinthians 10:11; 1 Thessalonians 5:27; 2 Thessalonians 3:14; 1 Timothy 4:13).
-The common people understood the teachings of Jesus Christ apart from some infallible interpreter (Matthew 11:25; 13:51; Mark 12:37). In other words, there was never an infallible interpreter sitting next to Jesus when He was teaching in front of the crowds. Jesus Christ did not always explain His parables to those who were confused by His teachings, He made individuals interpret the Scriptures for themselves, and held them accountable when they interpreted them incorrectly. He neither demanded the people who heard His teachings to blindly submit to Him nor instructed His disciples to act in such a manner. Jesus usually attracted the poor and the uneducated. Anyone with a humble and prayerful heart can understand what God desires for us, apart from a complex church hierarchy.

-"What use is an infallible book without an infallible interpreter?":
*God does not require that we understand Him infallibly. Our minds are finite. However, we can have sufficient certainty behind the meaning of Scripture. Now, this is not to suggest that we can interpret the Scriptures in any random way that we desire. We have the obligation to examine Scripture in its proper context, compare our interpretations of particular Scripture passages to what other passages say about the same topic, use our common sense, and consult commentaries.
-"By What Authority Do You Interpret Scripture?":
*Interpreting Scripture has nothing to do with our own "personal authority," but rather, are things God is expecting us to do. He wants us to obey Him. This in no way implies that no additional church authorities besides the Bible exist. They exist, but are subject to the infallible authority of Scripture. We do not need "special authority" to search the Scriptures and discern God's will. Scripture is clear enough for readers to get truths related to salvation and godliness. 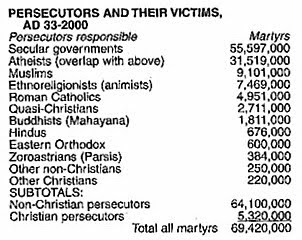